These changes reflect changes over the state of the annual timetable 2022 of the roundabout (valid from April 3rd, 2022) and are partly not yet been implemented in the EFA-System.

The annual timetable 2022 in PDF format to download and printout including all changes can be found here.

In addition to the lines and rates published in the timetable, there are additional patrol cars in the school transport at Stadtbus Schwäbisch Hall. The patrol cars does not constitute a regular schedule listing and, depending on school supplies (movable holidays, changed school timetabels, etc.) go differently or be altered during the year. For more information, please contact the transport companies.

Line 12 (Müller)
Change in connection with the traffic test, relocation of the "Obersontheim Fa. Kärcher" stop to Gaildorfer Straße, from May 1st for probably 6 months: Course 139 will be extended and will begin at 5:38 p.m. at the “Obersontheim Apotheke” stop instead of the “Fa. Karcher".

Line 49 (Müller)
Traffic test Relocation of the "Obersontheim Fa. Kärcher" stop to Gaildorfer Straße from May 1st for a probable period of 6 months.

Line 65 (Röhler)
A traffic test from Wednesday, June 1st, 2022, until the end of the 2021/22 school year, is intended to clarify the need for an additional route 65 on school days after the end of classes at 3:05 p.m. in Rot am See, so that the main towns and sub-communities of Blaufelden and Schrozberg can be reached better on the return trip in the afternoon from to the community school in Rot am See. The bus will tentatively leave Rot am See school Mon-Thurs at 3:15 p.m. and arrive at Blaufelden school/ZOB at 3:25 p.m. There are the following connections:
71 Niederweiler, Sigisweiler, town of Schrozberg,
91 Wittenweiler, Raboldshausen, Billingsbach, Herrentierbach,
94 Blaubach, Engelhardshausen, Lindlein,
95 Emmertsbühl, Wiesenbach, Gammesfeld, Metzholz,
96 Brettheim, Hausen am Bach, Kleinansbach (partly directly accessible with line 85)
As things stand at present, if the trip is used to capacity, it will be included in the timetable from the 2022/23 school year. 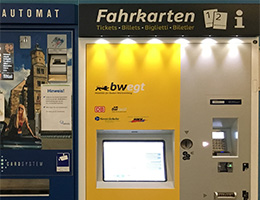